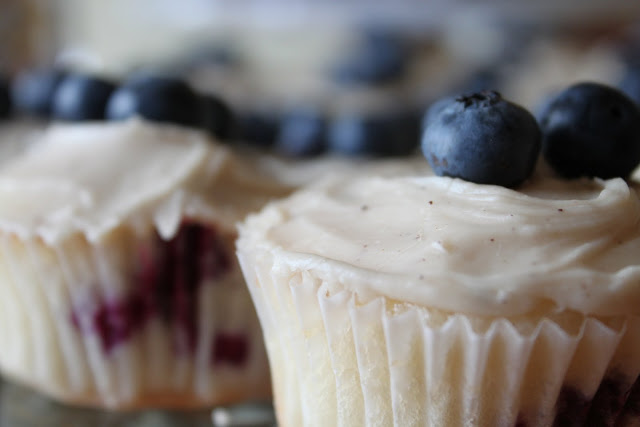 Cupcakes. They’re everywhere. I kind of thought they were on the way out, but every time I turn around, it seems like a new cupcake shop pops up. Last week my friend Karen taught a fun class on cupcake making. She had several types of cupcakes available to try. This one was my favorite. A few days later, my friend Melanie made these for a wedding shower we were having. I ended up with a few extra at my house. I could not stop eating them. Here’s the crazy convo in my head the morning after the shower:
I’ll have one for breakfast, cause they are just like muffins. At least they kind of look like muffins. Well, since they are so small, (about 1/2 the size of a regular cupcake) I can eat two, and it will be like one. OK, three. In reality, it’s only like one and one half. Shoot. There’s only one left. I’ll just treat this like Halloween candy and get it over with. Now.
It was the Maple Brown Butter Icing that hooked me. You have to try these.

– I doubled this and it made about 30 small cupcakes.
-One recipe of icing was enough for a double batch.