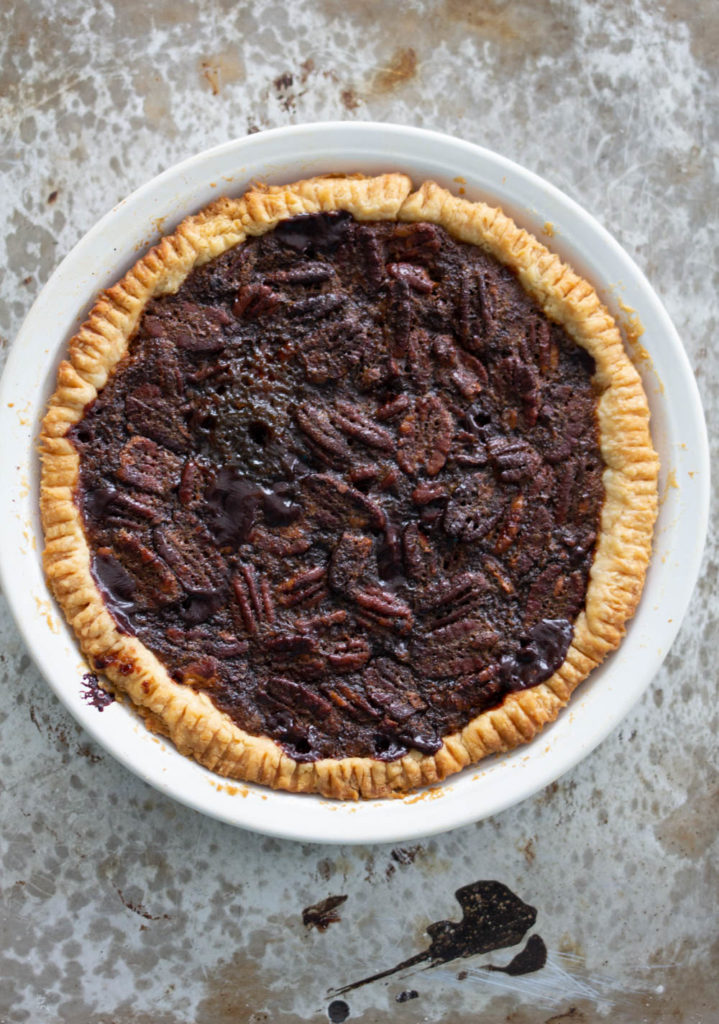 A few years ago one of my favorite people in the entire world (yes, the entire world) made Chocolate Pecan Pie and brought it over to our house the night before Thanksgiving. Her name is Melanie. And she’s the best.

That’s my friend on the left. Always helping in the kitchen.
And my Brookie on the right.

I have no idea why it took me three years to get around to making this recipe. It’s now one of my favorites. Whenever someone asks me “what is the easiest pie to make if I’m a beginner in the kitchen?” I always say pecan pie. It’s one bowl- mix, dump and bake type of recipe.

adapted from Keep Your Fork-There’s Pie!

-Do not use larger than a 9 inch pie plate.
-Take out all of the ingredients ahead of time and pre-measure. This will ensure you have the amounts right. Last night a friend told me about a three time attempt at making a cream pie filling. First time, forgot the sugar, second time, doubled the milk, third time, no idea why but it didn’t set up. If the ingredients would have been pre-measured, she might have avoided the first two failed attempts. Lesson here, if you are forgetful (like me) or just starting out, pre-measuring and placing all ingredients on counter will help you to avoid pitfalls such as realizing you don’t have a key ingredient on hand or leaving a key ingredient out of a recipe 🙂
-Do not open the oven after you place the pie inside. If you bake the pie on the bottom third (usually the second rack from bottom) your crust should not over brown.
-When making a bottom crust for pecan pie, do not roll it too thin. The filling will caramelize and if it seeps through the bottom crust, it will stick and make the pie difficult to remove from the pie plate.