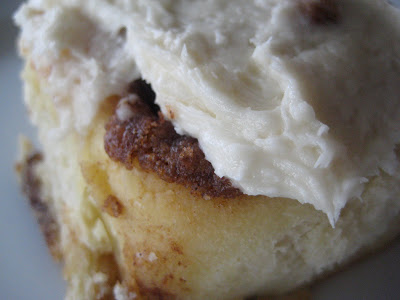 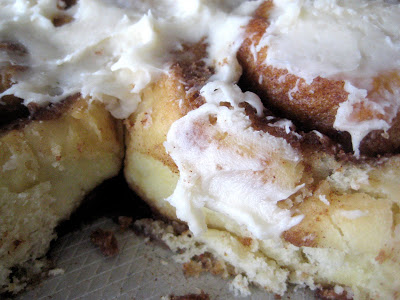 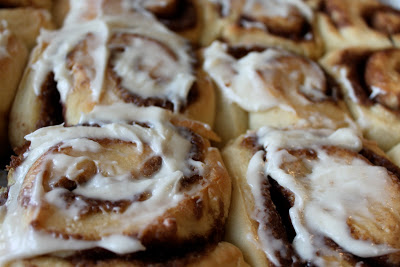 Cinnamon Rolls. Love them. Can’t begin to count the number of recipes I have tried. Still on the quest to find the perfect one. A while back I tried Pioneer Woman’s. Did I love them because of the maple frosting (really really really yummy) or bc they were the best ever cinnamon rolls, or bc they are baked in a pan coated with melted butter? Not sure. They were exceptional, but (in my weird, food obsessed opinion) still not perfection. They were more of a sticky maple bun, and a little bit of a lighter dough than I prefer. To date, this recipe has been my favorite. The claim is, they taste “just like Cinnabons”… I’m not sure about that. But they are pretty darn delish.

If you have a recipe you love, bring a pan on over, or (lame 2nd option) email me the recipe. 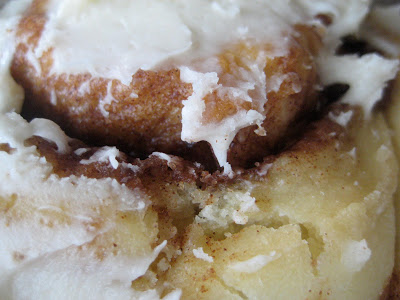 -Be careful about adding too much flour to the dough. The dough should not be sticky when ready to raise. It should be barely coated with flour. When making rolls or bread

- I usually add about 1/2 of the amount of flour the recipe calls for- add the remaining flour and then any additional flour the dough may need 1/4 cup at a time.

-I like to frost the rolls with icing a few minutes after removing from the oven, then let the rolls cool almost completely and top with the remaining frosting. If you frost too soon after removing from the oven, the frosting will melt into the pan and rolls. See third pic above, taken after the first frosting layer, first pic was taken after rolls were completely cooled and 2nd frosting layer applied.

-This dough does not raise a lot, compared to most dough recipes.