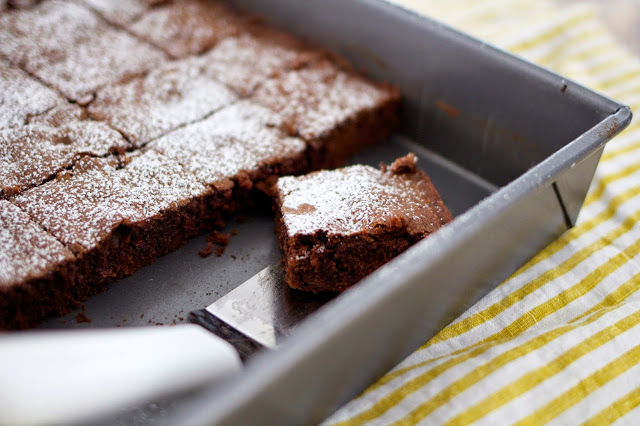 If you were able to sit down with one of the most popular cookbook authors in the US, what would you want to know (insert emoji with wide eyes and hand over mouth)? Nathalie Dupree is coming to SLC to teach cooking classes at Harmons, and they asked me to do an interview with Nathalie to promote her upcoming visit and classes. We had a lovely conversation about everything from Julia Child and the influence she had on Nathalie’s career path to her preferred fat in biscuits and pie crust. Some people want to know how to achieve world peace, I just want to talk crust, dough and chocolate. Nathalie is a gracious Southern Lady, so of course, she obliged and gave me all kinds of insider tips about one of her areas of expertise, biscuit making. Nathalie is the Queen of Biscuit Making. She’s written a whole book about the subject. 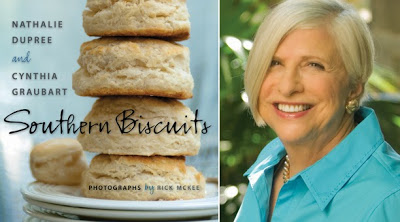 One of Nathalie’s 14 cookbooks…
Here’s a bit of our conversation:
First, we discussed how her name is properly pronounced. Since we have that in common ( you have no idea how many variations I have heard of my name- Sayuri (Si). Her name is pronounced Natalie, not Na-THalie. Apparently her mother wanted Natalie, and her father wanted NaTHalie, and dad got his way in spelling. She was raised in Virginia and in her early years and had an opportunity to cook for her college dormitory one summer. Her mom didn’t want her to be a cook, it wasn’t “suitable work for a lady” back in the day. Her mother knew it would require working at night with men (yikes!) and lifting heavy equipment. It was not typical work for a woman in 1959.
But Nathalie loved cooking.
After she was married, she moved to London and while looking for a job, she “stumbled into” the Le Cordon Bleu Cooking School. She took a class, then went home and tried to duplicate what she had learned. Everything she made flopped! Nathalie said she considered herself a good cook and decided at that point she didn’t want to be a “lady” and instead wanted to go to cooking school. A year later, she earned her advanced certificate. At graduation, Nathalie talked to Julia Child about her future. “Julia was very generous and available to people, I asked her – what I should do now and Julia told me I should teach cooking.”

Nathalie instructing at Rich’s Cooking School in Atlanta
The rest is history. Nathalie has owned multiple restaurants, opened and enrolled more than 10,000 students at Rich’s cooking school in Atlanta during her almost 10 years there. She has hosted more than 300 television shows on PBS, TLC, The Food Network and countless other appearances on national television shows. Nathalie has been the recipient of the prestigious James Beard award three times and was recently inducted to the Who’s Who of Food & Beverage in America. Whew. And she’s still going strong in her 75th year. With a reputation like that, I knew I had to honor Nathalie by making one of her recipes. We were in the mood for chocolate, so I made some of her Fudgy Brownies.
Oh my. They did not disappoint!

Ani could not wait to get her hands on a homemade brownie…kid approved!
They lived up to Nathalie’s amazing reputation.
If you want to learn from Nathalie, and live in the SLC area, she will be teaching Southern Desserts, Cool Summer Eats, Southern Breakfast, and Southern Menus for Twoat Harmons Cooking School, City Creek on May 22 & 23. I highly recommend taking a class. This would make such a fun girls night out or mother-daughter date. Hurry and sign up the slots are filling fast…Hope to see you there!
Oh and the biscuit making tips? We’ll have to talk about that on another post.

-These brownies mix up quickly. I mixed the wet ingredients together and then added all of the dry ingredients (including the chocolate chips) at once. Unfortunately, I was using a 1 1/2 cup measure when I added the flour, instead of a 1 cup measure, so my brownies are a bit more cakey than usual. They were still delicious. If you are looking for a more cake-like brownie, use 1 1/2 cups and reduce the cooking time to 20 minutes. They are perfect for frosting!