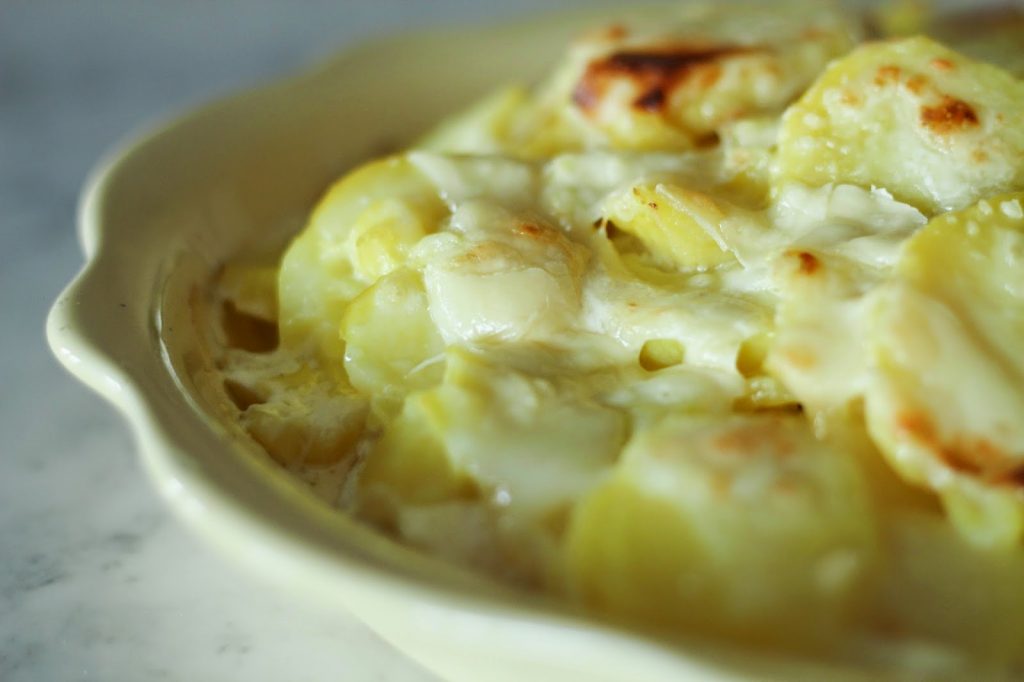 1. Potatoes are not cooked/soft enough to be melt-in-your-mouth delicious.
2. Not creamy enough.
3. Not enough cheese.
4. Too complicated.

I knew there had to be a way to make potatoes that were creamy, delicious and simple every single time. I’ve experimented with making a roux, then adding thinly sliced potatoes, and everything from garlic to onions, seasonings etc. before baking and serving. None of the variations I tried were perfect.

Sometimes, making lists like the one above helps to tackle each problem you’re trying to solve in a dish. It sounds like I’m working on a peace plan for the UN, right? Some things are just that important.

Also, the type of potatoes you use in an au gratin dish makes a huge difference. Russets are great for mashed potatoes and baked potatoes, but not so great for an au gratin dish. If you want the potatoes to still hold their shape while also being cooked to a soft texture, then a Yukon Gold is your potato. They are golden or yellow in color, have a higher moisture content, and are absolutely perfect for this dish. Problem one solved.

Problem two, not enough cheese, and problem three, not creamy enough were fairly simple to solve. I had always used grated cheddar, or a mixture of grated cheeses.

I love Parmesan, and wanted this dish to be about creamy potatoes, not cheese. But  I still wanted a subtle cheese flavor. So I went with Parmesan. And for the creaminess factor, I relied on straight cream, and skipped making a roux (problem four solved). Because nothing creates creamy quite like cream 🙂 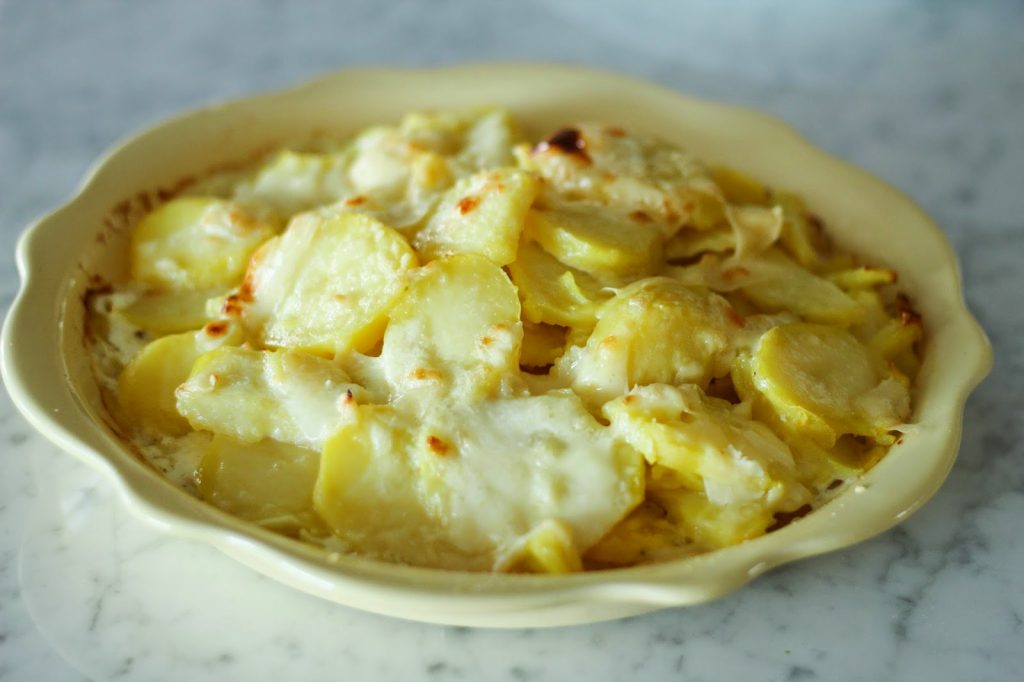 This is by far the best au gratin type potato dish I’ve ever made. It’s rich and creamy, simple and still sophisticated. 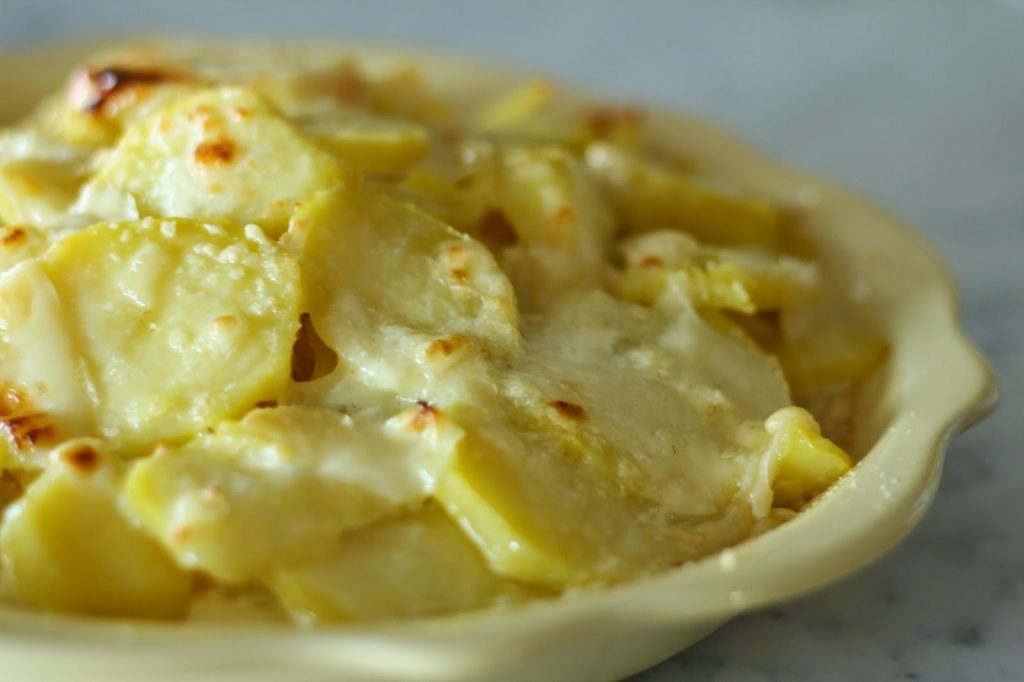 -You may use about 3 1/2 lb potatoes to increase the size of the recipe. Bake in a 9x13 pan or a casserole dish. Double the rest of the ingredients.

-I try to mound the potatoes up a bit in the middle. While baking some settling occurs, and mounding the potatoes up will take care of sinking potatoes and overall appearance of the dish.

-I use the Shaved Parmesan  which can be purchased at most grocery stores and Costco. If you have a block of Parmesan, use a knife to shave off large bits of cheese. Place the cheese on a cutting board that is stable and shave the cheese onto the cutting board.