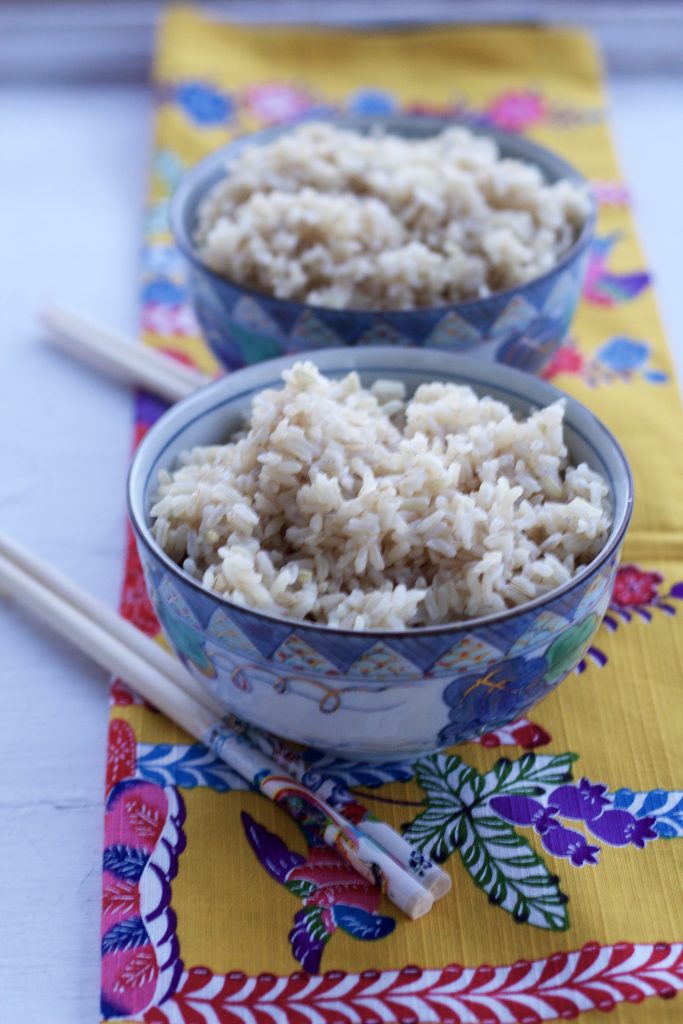 Today I’m going to teach you how to make brown rice in your Instant Pot! Perfect Instant Pot Brown Rice. Every. Single. Time.

I’ve used a rice cooker forever and ever.  When I got married (almost) 35 years ago, my mom gave me a rice cooker and I’ve used it faithfully for years. The rice cooker is like the Holy Grail of appliances for Japanese folks. I mean, show me a respectable Asian person who doesn’t own at least one rice cooker! The issue for me with a traditional Japanese rice cooker is when cooking anything but Japanese rice (aka gohan, short grain rice, pearl rice or sticky rice) it never turned out right. Then I discovered the Instant Pot…

If you’re among the people who have not taken the Instant Pot plunge, you’re not alone. I thought I was the only person in the civilized world who did not own an Instant Pot a few months back, and later found I was not alone!  Every time I talk about the Instant Pot on my Intagram account people ask questions about the pot, or tell me they have it in the closet and still have not used it!  If you’re thinking about buying an instant Pot, I’m here to tell you they are worth the investment. If you are wondering do I need one large (8-10 qt) , or two smaller pots?  I think this size is perfect for families of 4-8 and I would rather buy two 6 quart pots instead of one larger pot. There are many times I wish I had another pot for purposes of cooking two different dishes at the same time.

The Instant Pot turns out a perfect pot of brown rice!  I was a little hesitant to use the Instant Pot for brown rice because I haven’t had great luck using other cooking methods and pressure cooking and rice did’t seem a likely candidate for a good pot of rice!  Traditionally rice cookers steam the rice over a period of time, and during the steaming process much of the water added to the rice cooker escapes while cooking. In the Instant Pot, very little of the water escapes and instead stays in the pot. I’m convinced part of the reason cooking brown rice has been so hit and miss for me previously resulted from the variable of how much water escapes during the cooking process. If too much water escaped, the rice was still hard and not cooked enough, if too little escaped, the rice was mushy. I’m sold on the simplicity and dependability of the end result when using the Instant Pot.

I like to keep recipes as simple as possible. Perfect Instant Pot Brown Rice is about as short and sweet as it gets! Three ingredients: rice, water and salt combine to make the perfect pot of rice. Just swish the ingredients in the pot, plug it in and in a few minutes perfectly cooked brown rice. No guessing, no sticking your finger in the pot, no watching for boiling and then forgetting to set the timer, no bubbling over the pan. I promise you’ll never need another recipe for cooking a perfect pot of brown rice. 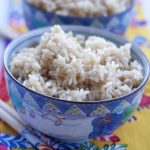 -If you have leftover rice, place in a ziplock bag or bags ( I do this according to serving sizes) and freeze. When ready to use, microwave rice for about a minute to use.