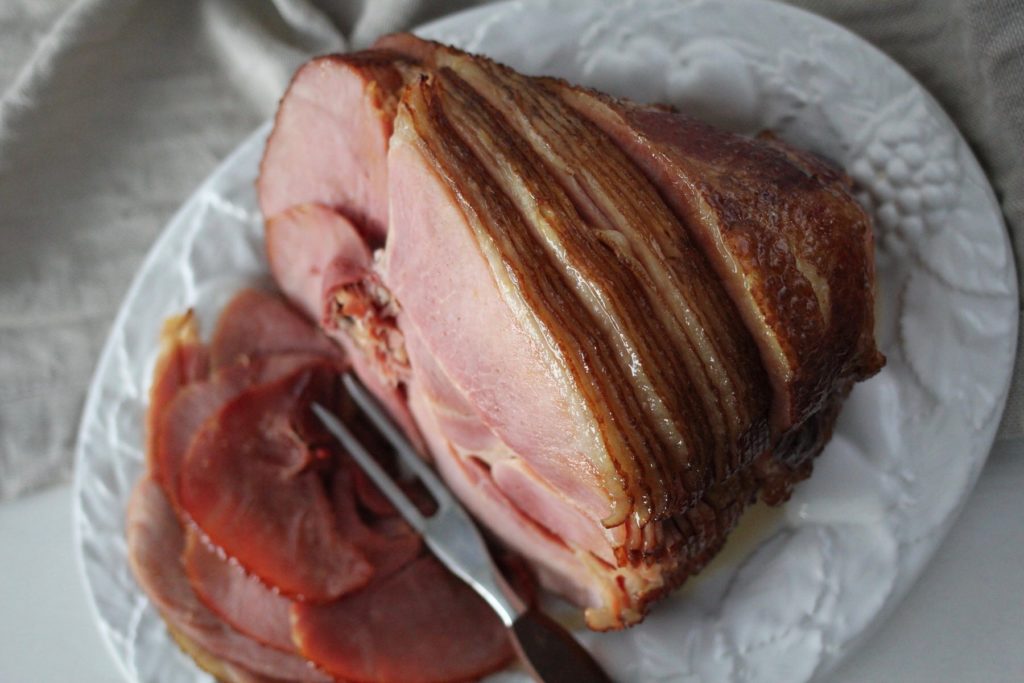 Every Easter and Christmas, my mom topped her ham with a Pineapple Brown Sugar Ham Glaze. I can’t imagine eating holiday ham any other way! After baking ham for years, I’m going to share a few tips for the perfect holiday baked ham.

The holidays would not be the same without my Mom’s ham and Pineapple Brown Sugar Ham Glaze. Every Thanksgiving we had  roasted turkey, and every Christmas Mom served ham. I love the sweet and slightly sticky glaze and the way it compliments the flavor of the ham. This glaze is easy to put together, it requires a pan, whisk and about 5 minutes. Your 8 year old can whisk this together for you while you watch!

Ham is best served with a  baked on glaze. Oh, and about the glaze packet inside of the package of ham? Toss that directly into the garbage, and gather the ingredients for Pineapple Brown Sugar Ham Glaze. In a few minutes, you’ll have the best and most simple glaze ready to pour on your ham! Mom used to place pineapple rings on the ham using toothpicks to secure the pineapple, I skip that step, but if you like pineapple pinned to your ham, pin away! 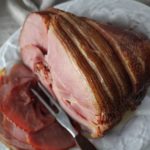