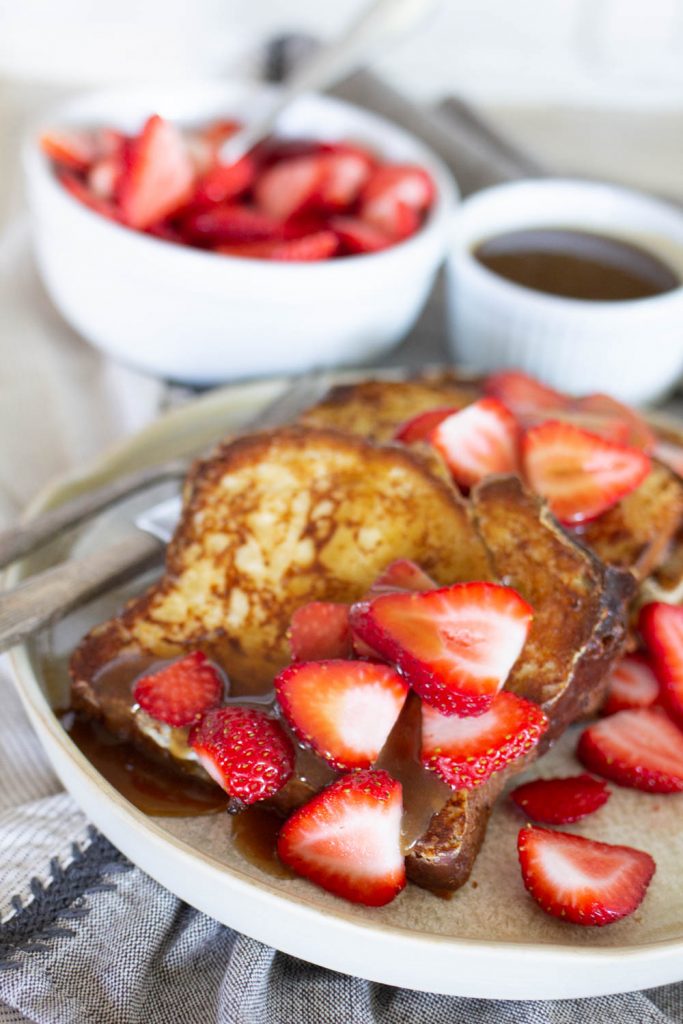 Creme Brulee French Toast with Creamy Maple Syrup is a recipe that’s destined to be in your family favorite recipe file!

1. They soak the bread overnight in the egg mixture. (which I found is not necessary) he said the cooks make it in the evening, and they grill it the next morning.
2. A lot of cream is involved. I used half and half in my version.
3. The bread is a brioche loaf. Perfect bread for making decadent french toast. At our local Harmons grocery, the brioche is made with flour, eggs and butter. Top three ingredients, in that order.

Oh, back to the Cheesecake Factory French toast experience! Their French toast was amazing. But the syrup. Oh. My.

I could not stop tasting it. I wanted to take a gallon home so I could figure out what was in the buttery, ever so slight maple, creamy mixture. I looked online, but nothing for Cheesecake Factory Syrup. I finally came up with this recipe that is a perfect topping for the Creme Brulee French toast. It takes about a minute to make (YES, one minute!) and you won’t believe how amazing it is on the Creme Brûlée French Toast!

Sometimes I make a double batch so I’m sure to have leftovers for pancakes or waffles.

If you’re out for breakfast, try the Creme Brûlée French Toast at Cheesecake Factory.  If you’re at home this weekend, cooking for your family, try my version. You won’t be sorry! 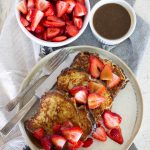 AMAZING French toast, as in best French toast of your LIFE. This recipe will spoil you and should come with a warning: No other French toast will ever measure up after you eat this!