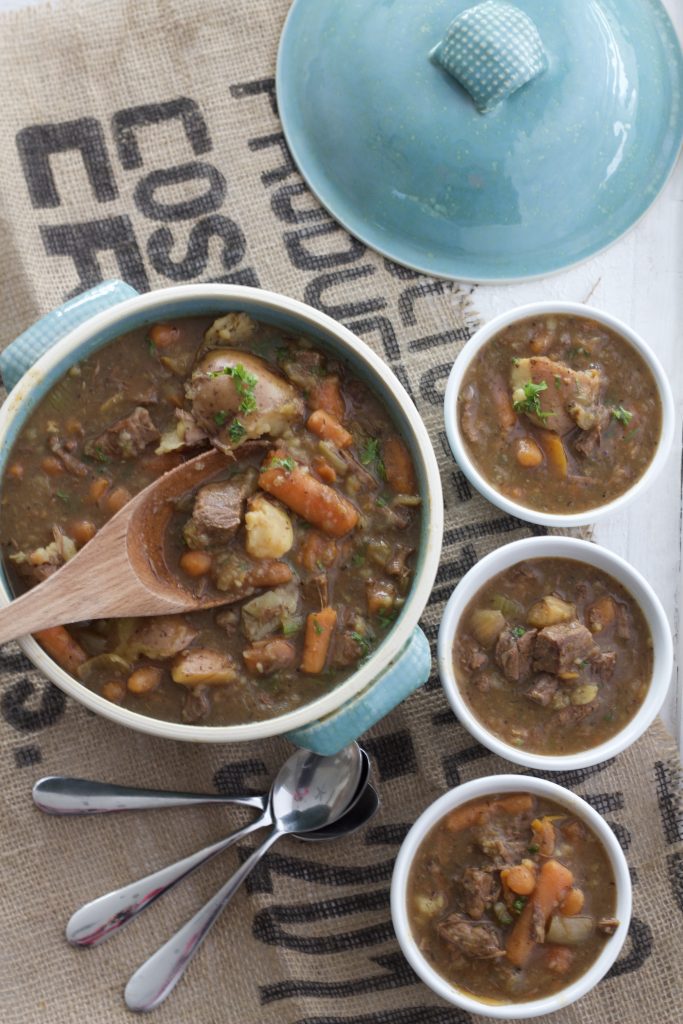 There’s nothing like a big pot of stew for dinner on a cold day.  Instant Pot Beef Stew is a meal everyone can make. If you can chop, you can make this recipe!

Whenever I read a recipe for “easy” beef stew, I wonder, is there any other type of stew? Stew has been around for ages and is basically meat, vegetables, seasonings and  liquid. Want to learn how to make the best pot of Instant Pot Beef Stew you’ve ever eaten? You’ve come to the right place.  Let’s get started!

Instant Pot Beef Stew in minutes, instead of hours

The beauty of this recipe for Instant Pot Beef Stew is instead of cooking for 6-8 hours in a low oven or slow cooker, it cooks up start to finish in about an hour and 15 minutes. Side note: I try to be realistic about cooking time on the Instant Pot. Many will tell you it takes 25 minutes in the pot. Which is true, but you have to factor in the heat up and natural pressure release time.  If this is confusing to you, take a look at my Instant Pot, Now What? post. Back to the cooking time… we are talking about  60-75 minutes instead of 6-8 HOURS.  Boy Scout Stew used to be my go-to recipe for stew. The downside of slow cooker  recipes? Unless you remember to throw together dinner early in the day, it’s 6 pm and you’re thinking- ugh! drive thru line, again.

There are a few key ingredients to any pot of stew. Meat. You can make a stew meatless, but then it’s really just a vegetable soup, thickened. Stew is traditionally cooked low and slow as we discussed above. The slow method is to tenderize the meat (which is most often an inexpensive cut, best cooked in liquid on a low setting) but also to allow the vegetables in the dish to break down and season the dish with natural flavorings. The vegetables and meat also tend to break down and serve as a thickening in the stew. I usually start with about 2 lbs of stew meat. You can buy stew meat already packaged, which is the easiest option. Anything around 2 lbs per package is perfect. I look for “Chuck Shoulder” if I am purchasing a piece of meat to cut up. It is usually not expensive and has enough collagen to break down while cooking and allow the meat to have a moist and tender texture after being pressure cooked or slow cooked. For vegetables, I use potatoes, carrots ( I like baby carrots because they are simple), sweet or yellow onions, fresh garlic and celery. A word to the wise. many people, especially little people,  don’t love celery. I personally love it. When I’m making stew for a family with young children, I leave the celery out and add more carrots or potatoes. You’ll  also need a little broth, flavoring, thickening, which can be either cornstarch or flour and I love a bit of Worcestershire as well.

To brown or not to brown?

I you have the time, brown the stew meat before cooking. The drippings left in the pan will lend a nice flavor to the stew. I have made stew using the Instant Pot with frozen stew meat, unthawed, and had amazing results. If your meat is frozen, follow the directions in the “notes” section of the recipe, you will still be able to have stew on your table in a little over an hour!  Whenever I make stew in the Instant Pot and am not in a huge hurry, I brown the meat before pressure cooking. I toss flour (about 1/4 cup) on the meat while it is browning on the sauté setting. The flour helps to thicken the stew.

A little seasoning goes a long way toward flavorful stew…

This recipe is really so simple, as I said earlier, a stew recipe should be and usually is one of the most basic and simple dishes you can make as a cook! I believe a few herbs and seasonings set this stew apart from the rest. A little dried thyme, oregano and parsley.  Fresh (instead of dried) is great too, but I usually just throw in dried when I’m in a hurry! I also add a little fresh garlic, and a generous amount of good old salt and pepper. I also like a bit of color and a tart flavor so I like to use Worcestershire sauce which is made of malt vinegar, shallots, garlic, onions. It adds a rich flavor as well as color to the stew.  These ingredients all seem like small additions, which you may be tempted to leave out, but they make all the difference in a bland vs a WOW stew.

Cooking in stages for best results

I experimented several times using the Instant Pot to make this dish and found the best method was to saute the meat first, turn on the pressure setting and when the meat was finished pressure cooking, add the vegetables and steam for 5-6 minutes and then manual release the steam. This allowed the meat to cook for enough time to tenderize, but not cook the vegetables to the mush stage! I like the veggies to break up and meld into the stew, but mashed potato consistency is not what we are looking for in stew! Better to take the extra step and steam the veggies after the meat is cooked. Oh and don’t forget the biscuits. Every pot of stew should have a pan of biscuits served on the side!

It is May 17. Yes, May 17 here. I was going to wait until fall to post this recipe, since we are supposed to be on the verge of summer!  I woke up this morning to snow.  What better time to make Instant Pot beef Stew?? Turn on the fireplace and get cozy. It’s stew time. 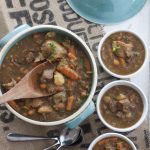 -If your meat is frozen, or you don’t have time to brown the meat, add the meat to the pot and omit the browning step. Do not add the flour. Simply add the meat and follow directions for adding rest of ingredients Worcestershire, garlic, salt, pepper and broth and cook.